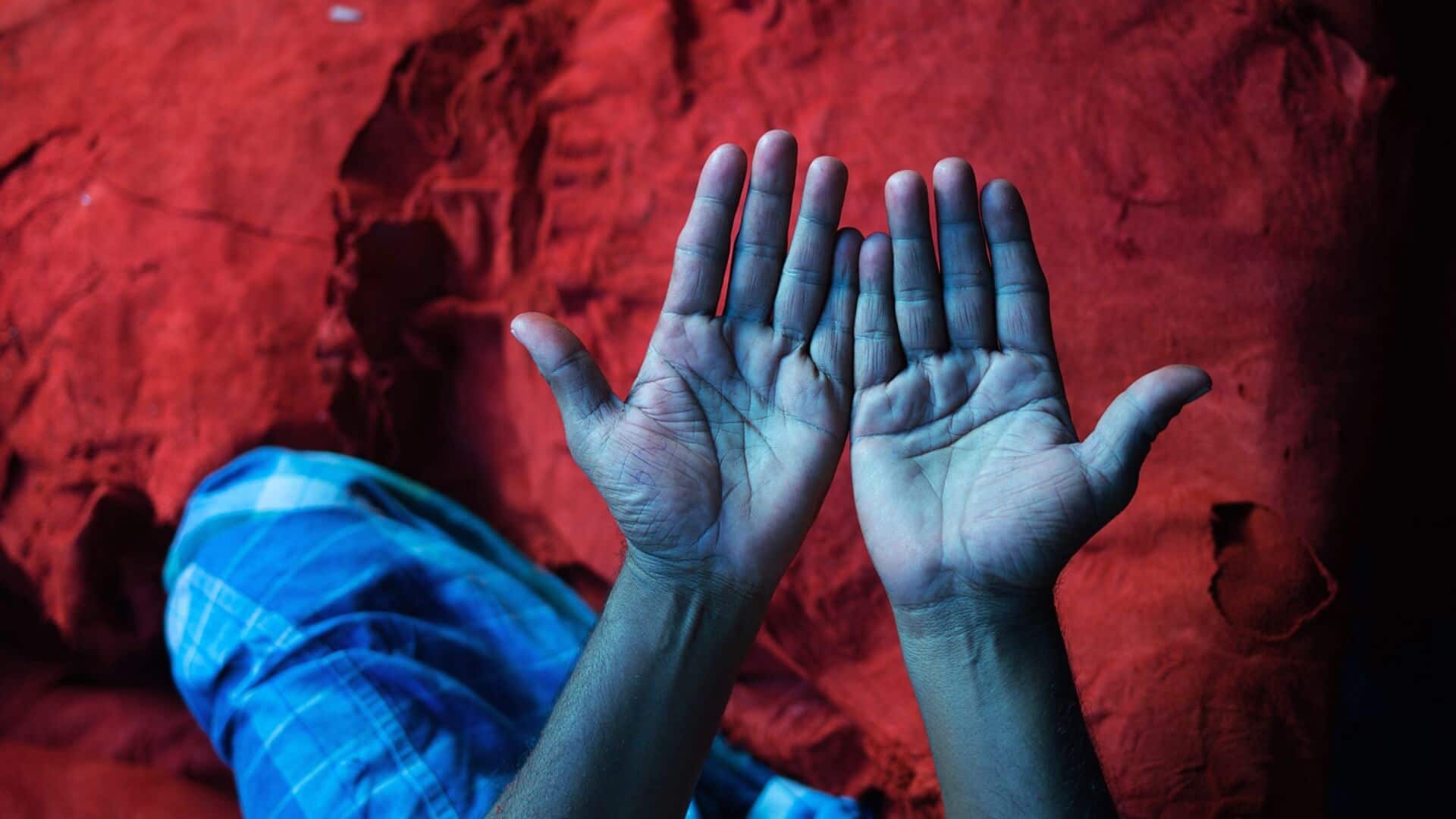 Lorem Ipsum is simply dummy text of the printing and typesetting industry.
GET IN TOUCH

Punjab has always been a centre of religion and Aryan culture in India since ancient times, It was called ‘ Sapta Saindhava Desh’ due to its being situated on the basin of seven rivers including Ganga, Yamuna and Sindhu. The area has continuously been invaded by the Yavana, Shaka, Pahlava Kushana, Huna and other alien tribes. This land became a centre of different cultures due to continued invasions from outside India.

Maharshi Dayanand Saraswati arived in Delhi, after establishing Arya Samaj at Mumbai, after which he visited Punjab in 1877. Not much time had gone by, after the establishment of the British rule Punjab, when the Maharshi reached there. This province had remained free from the infiluence of the Englishmen till 1849. So, there was neither ill infiuence of the British rule nor popularity of the Christian missionaries. As a result, great enthusiasm developed among the people of Punjab for Maharshi Dayanand. The branches of Arya Samaj sprang up in the whole province under the influence of his discourses. The Maharshi spent sixteen months in Punjab. Since that time Punjab has remained the main centre of Arya Samajis.

The presence of people from the Indian sub-continent in East Africa goes back to well over three thousand years. The presence of people from Eastern Africa in India is also of we long duration. But have a clear history of Asian-African presence African in Kenya for the last two hundred years. Many Asian since the
families 1820s have or even been before settled on the coast, Lamu, Malindi, Mombasa, Zanzibar and Dar-es-salaam that; but the merges from the 1880s. It was development of Asian African minority as we know it today the building of the Ugandan Railway (now Kenya Railways), -1901, and the establishment from 189o of the British Colonial administration in the interior, from 1895 on wars that led to a larger Asian African community in Kenya

Over 20,000 Punjabis came to Kenya to work on the railways. It was probably natural and expected for some of the persons among the people of Punjab, who migrated to Kenya, to have bee firm Arya Samajis. These Arya samajis could not ignore their pious-practices (Sanskaras), in spite of their arrival in a land, five thousand kilometers away from their motherland, and the recitation of the Vedic hymns and performance of Yajna continued to be a part of their daily life. Despite the fact that there were hundreds of Christian missionaries active here (Kenya) who had no dearth of money and workers, they could not influence them. Although this small number of Punjabi activists held regular jobs yet they remained engaged in preaching and propagating the message of truth of the Maharshi in the face of many odds. They stuck to their religion even in an alien land.

Indian youth, migrated to Kenya, earned great wealth and remained away from their own families, so, by and by they started deviating from the righteous path and fell victim to luxurious vices. There arose a dire need for some people to guide them to righteous path. Punjabi Aryans were worried about this deterioration. They turned to religion in order to divert their mind from vices. So, they realized the danger to Arya samaj, in order to preach and propagate Vedic religion and culture among them. Ultimately Arya Samaj was established in Nairobi, capital of Kenya (East Africa).

Establishment of Arya Samaj in Nairobi– About forty-five religious minded persons assembled on 5h July, 1903 at the residence of Shri Jai Gopalji, on River Road and held consultations for establishing Arya Samaj. Shri Inder Singh Kent and Shri Badri Nath Arya and others delivered Speeches on the occasion, explaining the importance of Arya Samaj and prohibition of the use of liquor. Convinced by their discourses, thirty-nine gentlemen offered themselves to become members of the
Arya Samaj. In this manner Arya Samaj was officially formed in Nairobi (East Africa) for the first time. The names of persons, who became members of the Arya Samaj in Nairobi in 1903 including Shri Badri Nath Arya. Lala Mathura Das Kapila, Pt. Baisakhi Ram Bhardwaj, Shri Bihari Lal, Shri Wazir Chand, Shri Amar Nath. Shri Jai Gopal, Shri Lakshman Das, Shri Mool Chand, Shri Ram Ratan and others, are worth mentioning. Following members from amongst them were elected members of the Antrang Sabha of the first Arya Samaj of East Africa.

The number of Arya Samaj members rose from thirty nine to sixty two just in one year (August 1904), under the chairmanship of Shri Inder Singh Kent, even when the number of Indians was not much. It was decided on 10th July 1903 to affiliate Arya Samaj Nairobi to the Arya Pratinidhi Sabha, Punjab.

In the beginning there was no building owned by Arya Samaj Nairobi. So, the Weekly Satsang and meetings were held at the residence of the members. This was the golden era of the Arya Samaj movement. The Arya brethren of East Africa were very enthusiastic those days, in the same manner as those of the North India. Every Arya member acted as the preacher of the Vedic religion and was prepared to do anything for Arya Samaj. But their path was not free from hurdles. Muslims were in Sufficiently large numbers in Nairobi. Anjuman-e-islam, their organization, could not tolerate the establishment of Arya Samaj and its members made acoCusations against Arya Samaj in open meetings. Undettered, Shri Saliq Ram Sharma and Shri Bihari Lal gave befitting replies to their accusations. As a result, the Anjuman-e-islam became ineffective and the Arya Samaj attained more glory

When it became difficult to hold meetings at the residence of the members due to the rising numbers of members of the Arya Samaj, it was decided in a meeting of the Antrang Sabha November 1904, to purchase one  held on acre of land for constructing a building for the Arya Samaj. In t same meeting the chairman and the secretary were given the authority to respectively from the funds of the spend Rs 5/= and Rs 3 respectively from the funds of the Samaj.

In the meeting held on 30 July, 1904, it was decided to hold the first annual session of Samaj Nairobi the Arya on August 6-7, 1904. According to Dr. Satyaketu Vidyalankar, the first annual session was held in December, 1904. On December 6, 1904 recitation of devotional songs (Bhajans), religious sermons and prayers were held at 3 p.m. in front of the shop of Shri Wazir Chand Contractor, situated on River Road. Chairman Shri Inder Singh Kent delivered an encouraging and inspiring ‘Arya Samaj and its principles lecture on ‘on this occasion. On 7th August, Sunday, annual report was presented after the morning ‘Havan’ and Shri Shalig Ram Sharma delivered an informative talk on knowledge ‘spitual- -Vedas’. Common lunch was served at noon. The custom of common lunch is still gong on. Shri Shalig Ram Sharma delivered an enlightening lecture on the Female-education topics ‘Varnashram, Sanskaram at the end.

This annual function had a very favorable impact on the Hindu-public; but on the other hand Muslim community became very hostile. They organised a public meeting of Anjuman-e-Islamia (Anjuman Himayat-ul-Islam) in which they delivered fiery speeches against the Hindus and the Arya sarnad. Arya Samaj Nairobi organised a huge public meeting on 21st August, 1904 in Nairobi Town Hall, in which Shri Shalig Ram Sharma and Shri Bihara Lal gave a befitting reply to them. Thus there appeared to be the same attitude of Muslims towards Arya Samaj and vice versa in East Africa, as was prevalent in India during those days.

Laying the foundation of Arya Samaj Temple- The Arya-brethren promised to donate half of their one-month’s salary when an appeal was made for funds for the construction of Arya Samaj-temple-building. Late Chief Justice C.B Madan was instrumental in the Arya Samaj acquisition of the prestigious location in the heart of the city of Nairobi. A piece of land measuring 56′ x 54′ situated on the Queens-way (Mama Ngina Street) near Barclays Bank was purchased, when arrangement for funds was made, and the foundation was laid on it for a big building on Sunday 11th September 1904.

A photo of Maharshi Dayanand, some currency notes and some written hymns were placed in the foundation. Initially, the building was constructed on land measuring 30X28′ only, due to paucity of funds. The members also gave loans without interest on that occasion, which was repaid after some time from the funds received as donation. The building, made of iron sheets, was constructed within two months and the opening ceremony of the building (Bhavan Pravesh) was performed on 6th November 1904. A public-feast was given, without any discrimination on that day. From that time on wards Sunday Satsangs were regularly held there.

Members of Arya Samaj continued their efforts to construct a permanent building to replace the temporary one. They collected thousands or rupees for this purpose. As a result, second foundation laying ceremony was performed by Sri Sampat Rao Gaikewad, brother of the king of Baroda on 6th November, 1912. He had come for a tour of East Alrica at that time. The construction of this building was completed by 1916 at a cost of £5000. This was the best building in Nairobi at that time. A retiring section, consisting of eight rooms, was constructed near the gate in 1928. Smt. Ishwar Kaur, wife of Shri Ganeshi Lal, performed the foundation laying ceremony of this building. The co-operation of Shri Ganeshi Lal and Shri Munshi Lal was appreciable in
the construction of this building. This huge building was fit to accommodate more than six hundred persons at a time. Thirteen rooms were constructed to accommodate the visitors. The expenses of building the Yajnashala were met from the donation given by Shri Moolji Jetha. A Library and a Reading Room were also there, in this building, in which a collection of good quality literature was kept and almost all the newspapers and magazines of Arya Samaj were made available.

The members of Arya Samaj of those days were very enthusiastic and hard-working. They paid full attention to enroll more and more members and to ensure their attendance at the meetings. They promptly enrolled a new member to replace any member who went back to India. Special importance
Was given to the conduct of the members. Great stress was laid on having good character and conduct. Any member found wanting in this respect was made to study good literature. If he showed no improvement in his conduct, his membership was terminated. The differences between the members
were solved in the Antrang Sabha. The entire Arya Samaj Nairobi acted as one big family in this manner. A Nyayopasabha (conciliation cell) was also organized in 1910 to resolve mutual disputes.

The work of Arya Samaj was continuously expanding. Members were organized in small groups to conduct the work in proper manner and to collect funds. Each group worked under the leadership of a Nayak. The number of members had risen to more than one hundred by June 1905. The second annual conference of the Arya Samaj was held in the first week of August with great pomp and enthusias1m.